A Kangaroo Court:
Durhamdoll
5.0 out of 5 stars A must read for medical professionals!
Reviewed in the United Kingdom on 29 July 2020
Verified Purchase
This is an emotional heart felt account of how a very respectable and talented senior Orthopaedic Surgeon had false accusations made against him and the suffering he had to endure as he fought to prove his innocence.
The same Governing Body that was meant to be there to protect staff and patients from wrong doing was now slowly sealing his fate!
I worked as a nurse, with this Consultant in the years before these events, He was held in high esteem and I found It difficult to believe that anyone would make these false accusations against him. I was shocked and emotionally involved at the extent to which he had to go to prove his innocence.
I agree with previous reviews that doctors and people from the medical profession will be astonished with the accounts explained in this book.
This should never have been allowed to happen!
A Must Read especially for those in the medical profession.

Some of the Book Reviews

Author of Soma in Yoga and Ayurveda, and thirty other books


"SHANKAR KASHYAP is a natural story teller with a great sense of imagination which is not only vivid but also realistic in all aspects. Like a master creator, he has created a world in the ruins of Harrapa and Mohenjo daro. Once he establishes his characters – and their culture, tradition, and beliefs – they almost become alive and start behaving the way they should have done so in their lives. It is but natural to have all known human emotions and experiences in the lives of his characters, and one finds love, romance, politics, conspiracies, wars and natural disasters in his world.
The plot has an element of suspense from the very beginning. The story opens up and tells us about the lost civilization's culture, tradition and believe system. He goes into the geographical details of 5,000 years old territory and stays within the borders of countries with their political issues, personal jealousies, and powerful individuals who desire to change the world for better or worse. This is what exactly is happening in human societies since the age unknown and will continue to happen till the doomsday. Shankar has highlighted all these issues with great sense of imagination and background knowledge of history. More than a master creator, he acted like a god as left the world that he created in these pages on its own after creating it. He has become a historian and record keeper of that world. He writes in detail about the courts and its proceedings. He tells us about the way medicine was practiced in those days. He gives us a detailed account of war, warriors and their weapons. He also carefully describes the rituals playing important role in the lives of people living in that era.
It is a story of love, the beauty of nature, and man’s struggle against those evil forces who are present in our lives from the first day of our self-determination.

Harappa: Lure of Soma
5.0 out of 5 stars Enjoyable book for history buffs
Reviewed in the United Kingdom on 2 March 2017
Verified Purchase
A story written after historical research into the ancient civilisation. Though it is fiction, the author leads you to visualise life as it would have realistically been in the time frame of Harappa. This has obviously been possible after extensive analysis of the evidence available from Indus Civilisation.
One is led to believe the saga of Soma, which currently is the flavour of fiction and documentaries. I look forward to reading forthcoming sequel of this novel.

A easily readable book though the cover does not do justice to the book- though this a personal preference.
One person found this helpful 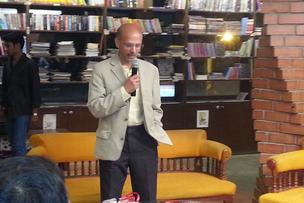 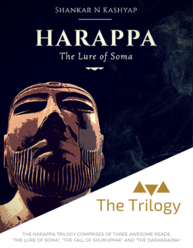 If you want to buy any of my paintings please message me at shankarkashyap@ymail.com

All paintings are posted in either Rigid envelopes or Tubes for protection.  Postage FREE for anywhere in the UK.

You can buy any of my books on Amazon across the world.

Retribution;
4.0 out of 5 stars A GOOD READ...
Reviewed in India on 14 November 2017
Verified Purchase
Title : The title of the book is perfect. It is apt to the plot.

Cover : The cover is not that eye catching.It could have been much more interesting.

The Retribution by Shankar N Kashyap is a psychological thriller. The book is all about the prtagonist Dev, his relationship with his father and all about his experiences. Dev is settled in UK leading a luxurious life. However his father decides to make him a priest in the temple of Kenya. The author further narrates Dev’s experiences, his secrets, and the story unfolds.
The narration of the book is the highlight of the book. It’ll keep you hooked till the end.
The language used is very simple and can be easily understand.
The characters in the book are well described.
I recommend this book to every bibliophile out there to read it once.

An orthopaedic surgeon originally from Bangalore, India practicing now in the United Kingdom.  He has extensive experience in publishing scientific papers in peer-reviewed journals over the last 25 years.  A thesis written for Master’s degree was published in the University of Liverpool titled; “Surgical Treatment for Hallux Valgus” was acclaimed as one of the best for the year.   The first book, "A Kangaroo Court: A Triumph of mediocrity" was published in 2011.    It was critically acclaimed.  Samples of the reviews on Amazon are –
“This is a must read for all doctors working in the UK. How inter departmental envy and jealousy can lead up to five years of anguish for a reputed doctor is truly shocking. The end is surprising and as illogical as to why the process went through for so long. There are lots of lessons to learn for fellow doctors. Less said about the GMC the better. This is a reflection of the warped, corrupt and hierarchical nature of British society under the guise of fairness and decency.
Thoroughly enjoyed reading the book but my heart goes out to Dr. Kashyap for the injustice he suffered for so long”.
“A very enjoyable read, though quite concerning what may go on within the GMC! To think that someone's career could be taken away and reputation ruined quite so easily is truly shocking”.
“This is a story of a passionate, sincere and a caring surgeon, who for no other reason than retribution was 'hung drawn and quartered'. The governing medical body which has been established to help such atrocity failed at every step due to its pure incompetence. It conducts itself in this book like a 'Mickey Mouse' workshop ignoring the truth, evidence and gaping holes in the allegations made. The title of the book is apt and the concerned organisation is a pack of circus clowns. A must read for the doctors of this land”.

He has researched extensively on Indian pre-history over the past twenty five years.  The result is the Harappa series of books.  When finished, they will have a series of six books taking the history of India from the middle of third millennium BCE to the middle of second millennium BCE and collapse of the Harappan civilisation.  The aim is to take readers through the third millennium BCE in India using archaeological and literary evidence available along with characters and events from the enormous Vedic corpus.   There has been very little written about it in the popular press and most of what is written has been aimed at serious historians and archaeologists.  It also aims to make the story simple and attractive to everyone with a bit of Indian spice added in the form of magic and supernatural.

"I loved Shankar Kashyap's novel, Harappa: The Lure of Soma. An epic tale of mystery, black magic, love, and adventure set in the most intriguing period of India's ancient history, it wraps you up in the predicament of its central characters and stands as a magnificent and compelling parable of the age-old battle of good against evil."

Graham Hancock, author of the international bestseller Fingerprints of the Gods

“Shankar N Kashyap has created a brilliant and fascinating story about one of the most mysterious eras in human history, yet one that has implications for all humanity even today. His narrative draws us back to the ancient era of India of the Sarasvati River, long before most of what we call civilization, and sheds light upon the profound culture that existed then and its relevance for the entire world.”