A collection of love poetry like no other. There are forty five poems composed in different formats to suit the mood of the poem - Sonnet, ballad, Ode, Villanelle and Tanka. or those interested in Persian poetry, there are many in the form of Ghazals and Rubaiyat too. 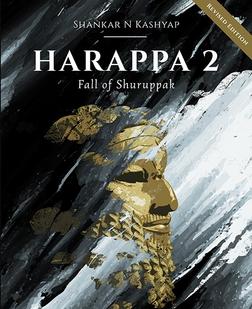 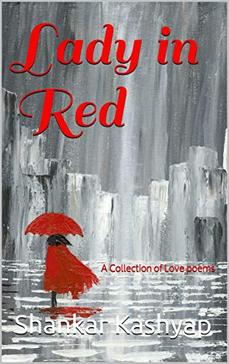 “Musings of a Romantic” is an essential reading for anyone who loves poetry and particularly those interested in learning how to write poetry. It covers poetic forms from across the world – from a Greek Ode to a Vietnamese Luc Bat. The poetic formats are explained in simple English so anyone can write one. There is a brief description of history of each format to make it even more interesting.

This is a book not only for the connoisseurs of Ghazals, but also for anyone who love reading poetry. 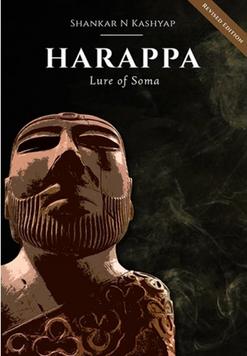 The seventh book of Rigveda describes how, the descendants of the four brothers of Puru join forces with several other kings to form a confederacy of ten kings against Sudas. Sage Vishwamitra falls out with Sudas and joins the confederacy of ten kings. They attack Sudas and a bitter battle ensues on the banks of river Parushni. It was a one sided battle on the face of it, with a massive army of ten kings attacking a smaller army of Sudas. The skill of Sudas with the help of sage Vasishta, and timely intervention of weather helps him to an unlikely victory. Astronomical references within the Rigveda place this battle around the middle of third millennium BCE“'Dasharajna - The Battle of Ten Kings' is a wonderful gift from the author to his readers. But let me warn you - its not a book for passing readers. If you adore ancient Indian history and have honest respect towards a writer's extensive background work, then this is a book you must not miss.One of the most difficult tasks in writing is to deep dive in the realms of history and recreate that in the form of fiction. Dr. Kashyap did exactly that in this book and I must appreciate the publisher for creating such a wonderful cover to match the standard of the contents. The holistic package of the book including cover, formatting, paper quality, fonts etc create a quick attraction to flip through the pages. The book is bound to be liked by avid readers of both fiction and non-fiction genres (esp mythology/ historic fiction). Very few books in the history of Indian literature present us with a thorough account of pre-Ramayana & Mahabharata saga. Dasharajna did it so keenly - It explores an unaccounted segment of ancient India, a result of 25 years of extensive research by the author. Hats off !!The other point that sets the book apart is the consistency of the characters. Most of the characters are relevant even in the modern world as well - Their conversations sound authentic; their reactions seem logical and most importantly their presentation is so flawless.”Reetwika Banerjee, Goodreads Review 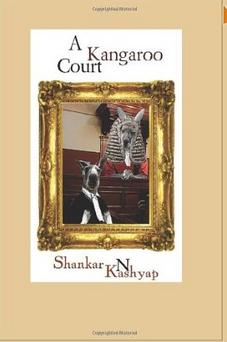 Harappans appear to have ventured far and wide with their trade, both on land and sea. Harappan settlements spread as far west as Shortugai in Afghanistan at the head of river Oxus, which was the centre of raw materials such as Lapis Lazuli, Gold and Silver for the Harappan artisans. Harappan seals, jewellery and pottery have been found in Elam (present day Iran), Egypt, and Sumer. Jewellery found in Queen Puabi’s tomb had all the hallmarks of Harappan artisans. The cylindrical Carnelian beads with central core drilled after hours of careful work is typical of the Harappans. Cylindrical seal of Shu-ilishu, the translator has the typical humped bull on one side and cuneiform text on the other side. Archaeologists agree that he must have been a translator of Sumerian and Akkadian into Meluhhan language. He is placed to have lived in Lagash around the middle of third millennium BCE. There is archaeological evidence of Meluhhan enclaves around Lagash. Sargon the great who ruled most of Mesopotamia from around 2300 BCE, boasts of ships from Meluhha, Dilmun and Magan docking in the port of his capital city, Akkad. The Meluhhans obviously had marine trading links with Akkad for a long time with some of them settling down in Sumer. Despite elaborate description of the city of Akkad in several tablets in cuneiform texts, the city eludes detection. Epic of Gilgamesh is a well-known story with an almost entire story written and transcribed from cuneiform texts. Emperor Gilgamesh befriends an uncouth Enkidu from the deep forests and a deep friendship ensues. The epic is that of undying love, sacrifice and heroism. Enkidu is mortally injured fighting a -mythical demon and only a meluhhan sage can save him.

When Upaashantha was appointed as an orthopaedic Surgeon, he thought his life was made. He did not realise he would come across unscrupulous people like Serpe and Pakshar. He ends up fighting incompetence and corruption among the bureaucrats to save his career and life. This book is a damning indictment on greed and treachery among the “noble” medical profession. As the story unfolds, the question of the age renowned adage of "innocent until proven guilty" is thrown to the winds and under the pretext of “patient safety", the physician is "guilty until proven innocent". There are further doubts about the ability of the regulatory body to conduct a fair and unbiased enquiry as stipulated in their manifesto. A simple complaint that should possibly have dealt with at a local level develops momentum that spins out control. ‘The title of the book is apt and the concerned organisation is a pack of circus clowns. A must read for the doctors of this land.’ – The Doctor

A psychological thriller of Dev Sharma, a good man, a 'flamboyant' priest with high profile and owner of a reputable Care Home, is brutally murdered. His murder brings the detective Sean O'Connor, a police inspector transferred from Ulster Constabulary, more bad than good, tries to make sense of the case whilst hiding his own double life as a serial womanizer and drug abuser. The question is whether the murder is of someone pious and holy and a pillar of society. Or is it a catharsis of a society gone bad? The answer is not so simple when the man accused of killing him turns out to be one of the dregs of society. The complexity lies in his separation of two lives but his own psychological reasoning, that he, as formed by his gods is required to practice a darker secret life of bisexuality, rent boys, and extreme behavior. The priest is seen battling with his choices and fears of disrepute. Yet at the same time attempting to justify his behavior to himself as unchangeable, a fall out of modern living. Sheena Achar is a sophisticated wife of the Priest, deep and unfathomable. She portrays the face of a devoted wife and a lover to the society. Does she have a different agenda? As the story unfolds, O'Connor is faced with mounting evidence against a homophobic group, a drug mafia, jealous boyfriend, a jealous wife, a drug addict and a rent boy. But only one of them is the real killer. 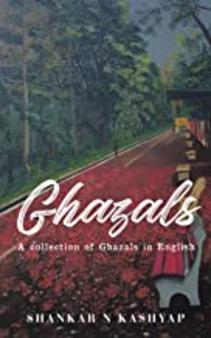 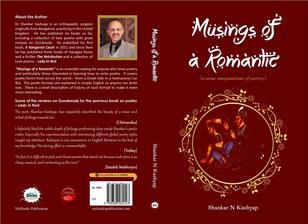 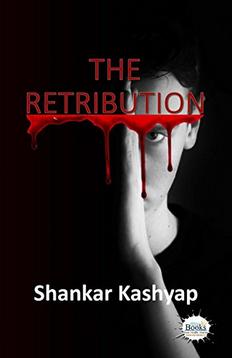 Titles of books available on Amazon

Myth is the smoke of history and as the years pass the smoke, which has hung for millennia over the Indus Valley civilisation is clearing. Trowel and brush investigation in the 1920s by Mortimer Wheeler and now scientific research, which relies on aerial photography and computer modelling, has confirmed that an early urban civilisation appeared in that area slightly before the Sumerian and Egyptian ones appeared. Teams of scholars from every continent have confirmed that the Indus, and its daughter and cousin rivers, for about 1,400 years supported extensive urban settlements, which then disappeared, lost under inundations of mud and dust. In these river valleys, in terrains of clay and water under a relentless sun and cloud-free starry skies. Mathematics, town planning, pharmaceuticals and philosophy flourished and then disappeared almost without trace. Papers on archaeological investigation are appearing but in Harappa, Shankar Kashyap provides a different service. Instead of asking us to piece together a complicated scientific narrative about what lies on, or just under, the earth he does what a Vedic bard would have done he tells a story, which has the features of a rip roaring Bollywood film. His hero, predictably because Shankar Kashyap is a surgeon, is Upaas, a trainee doctor. Upaas describes municipal government, pupilship with a yogi, exploding arrows, kingship, an attempt to re-route rivers with thought, a battle in a hidden ravine as a watching eagle hovers overhead, international trade and horsemanship. There is a doe eyed maiden who flirts in shallow water using her toes and a villain who seems to lack the virtue of rising early without complaint. This novel is well grounded in 5000 years of Hindu literature but it has a modern slant. Today floods threaten, traders quarrel, religious niceties cause children to starve and wail, drone planes bomb weddings and an interrogatory Eagle hovers watching. 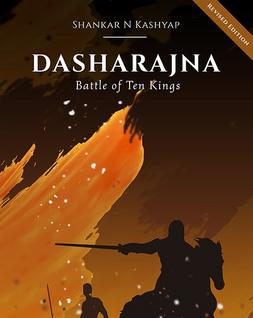 If you want to buy any of my paintings please message me at shankarkashyap@ymail.com

All paintings are posted in either Rigid envelopes or Tubes for protection.  Postage FREE for anywhere in the UK.

You can buy any of my books on Amazon across the world.