The third millennium BCE saw the glory days of the Mesopotamian and the Indus Valley civilisations. There were extensive trade links between the two places despite the fact they were hundreds of miles apart. The great Epic of Gilgamesh from Sumer is now well-known and often considered as the basis of the story of the biblical flood.
The Fall of Shuruppak traces the adventures of the hero, Upaas as he travels across to Sumer with the famed Sage Vasishta. Along with his friend Shushun, the Elaamite prince in disguise, he helps the emperor in his quest to find Sage Ziusudra. Follow our daredevil physician as he fights his way through this epic adventure, while seeking answers to his own questions about life. As the group of travellers move from one peril to another, we recognise our own hidden desires in their search for truth and immortality.
The author has used archaeological and literary evidence of both civilisations to bring to life the great untold stories of trade links between the two. 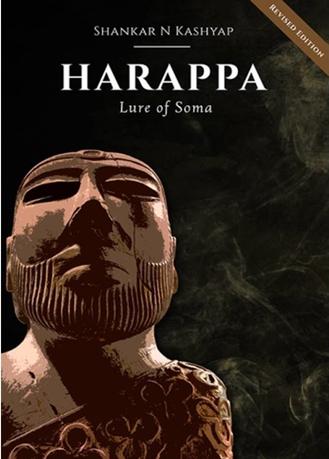 Book six of Rigveda describes a battle between King Sudas and “ten kings.” It is a confederacy of ten to twelve kings compiled by disgruntled descendants of King Yayathi’s sons who felt hard done by when the ageing king gives the central part of the great Bharatha kingdom to the youngest son, Puru over the elder four brothers – Yadu, Turvasu, Druhyu and Anu. King Sudas is brought up and trained by sage Vishwamitra and Vasishta. Vishwaimtra falls out with the king and the senior sage Vasishta and joins the confederacy of ten kings. A bitter battle ensues on the banks of River Parushni (present day Ravi) between the forces of King Sudas, highly outnumbered by the huge army of “sixty six thousand” of the confederacy. God Indra intervenes and takes the side of “righteous Sudas,” and a flash flood destroys most of the army of the confederacy. While there is no archaeological evidence of the battle or the actors within it, there is enough evidence within the Rigveda itself to place the event around the third millennium BCE. River Parushni is easily identifiable as the present day Ravi and the kingdom to be the present day Punjab, Haryana and parts of northeast Pakistan with seven rivers. This epic is considered by many to be the third epic of India, after the great epics of Mahabharata and Ramayana. Descendants of king Puru for the famous Kuru dynasty who are the actors within the great battle of Mahabharata. This battle has often been used by the proponents of the Aryan Invasion theory as proof of mighty Aryans invading India and destroying the Harappan civilisation. It is claimed that they brought the horses and Iron weapons to destroy the great Harappan empire. 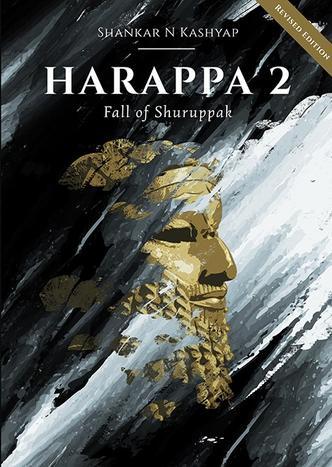 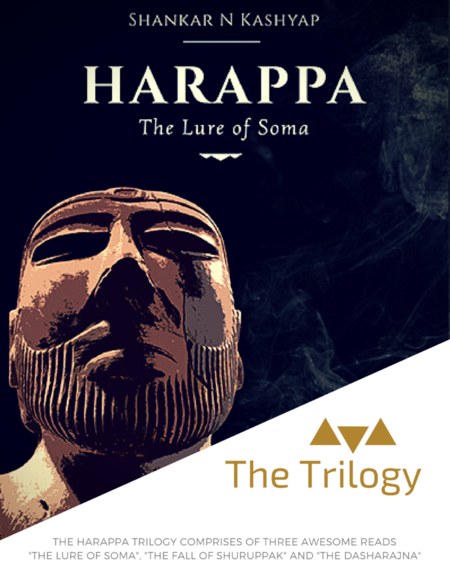 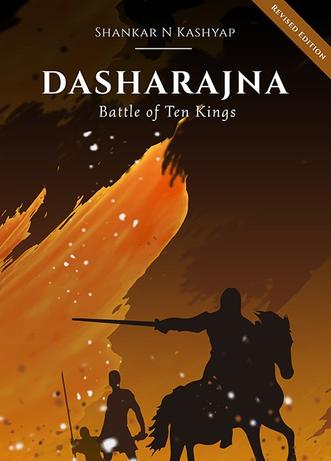 Myth is the smoke of history and as the years pass the smoke, which has hung for millennia over the Indus Valley civilisation is clearing. Trowel and brush investigation in the 1920s by Mortimer Wheeler and now scientific research, which relies on aerial photography and computer modelling, has confirmed that an early urban civilisation appeared in that area slightly before the Sumerian and Egyptian ones appeared. Teams of scholars from every continent have confirmed that the Indus, and its daughter and cousin rivers, for about 1,400 years supported extensive urban settlements, which then disappeared, lost under inundations of mud and dust. In these river valleys, in terrains of clay and water under a relentless sun and cloud-free starry skies. Mathematics, town planning, pharmaceuticals and philosophy flourished and then disappeared almost without trace.

Papers on archaeological investigation are appearing but in Harappa, Shankar Kashyap provides a different service. Instead of asking us to piece together a complicated scientific narrative about what lies on, or just under, the earth he does what a Vedic bard would have done he tells a story, which has the features of a rip roaring Bollywood film.

His hero, predictably because Shankar Kashyap is a surgeon, is Upaas, a trainee doctor. Upaas describes municipal government, pupilship with a yogi, exploding arrows, kingship, an attempt to re-route rivers with thought, a battle in a hidden ravine as a watching eagle hovers overhead, international trade and horsemanship. There is a doe eyed maiden who flirts in shallow water using her toes and a villain who seems to lack the virtue of rising early without complaint.

This novel is well grounded in 5000 years of Hindu literature but it has a modern slant. Today floods threaten, traders quarrel, religious niceties cause children to starve and wail, drone planes bomb weddings and an interrogatory Eagle hovers watching.